Are you interested in Parker’s history? Are you looking for a way to get involved in your community? Volunteer alternate positions are available on the Historic Preservation Commission.

The Historic Preservation Commission is an advisory commission that is responsible for landmarking eligible Parker properties and fostering civic pride through education and creating awareness of the Town’s unique historic resources and heritage. Regular meetings are held on the third Tuesday of every month from 6:30 to 8:30 p.m. at Town Hall, 20120 E. Mainstreet.

Overview
Over the years, Parker has continued to grow and now boasts a population of over 48,000. With the prosperity of growth comes the concern for the preservation of our past. Learn more about preserving our hometown feel and Parker’s background and history as Pine Grove before it became present day Parker. 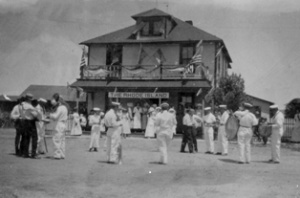 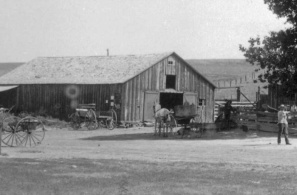 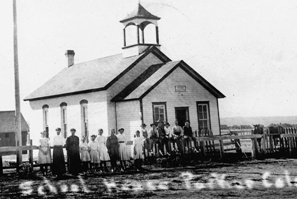 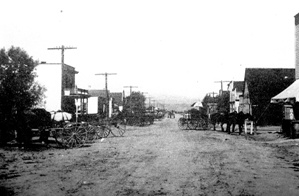 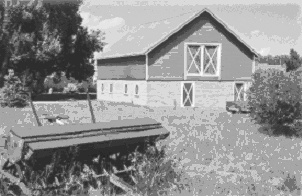 From Pine Grove to Parker

Did you know that Parker can trace its history back to 1862? Pine Grove, as it was then known, was a thriving community where many families established dairy farms while others raised cattle and horses.  The Town of Parker can trace its beginnings to 1862 when Alfred Butters built a 1-room building in a grove of pine trees about a mile south of the present-day Mainstreet. The cabin became a place to purchase provisions and a refuge for weary travelers along the Cherokee Trail.
Although it was not a post office as we recognize one today, messages and letters could be left there for other travelers. In 1864, the “post office” was sold and moved to the 20 Mile House site near Parker Road and Mainstreet in present-day Parker. The 20 Mile House was the sixth in a series of mile houses, or way stations, on the Cherokee Trail between Denver City and Pine Grove, Parker’s original name.

The Cherokee Trail followed Cherry Creek into Denver and brought travelers from many southern and eastern states using the Arkansas River route. Later, the Smoky Hill South Trail, a more direct but problematic route, brought in people from the Missouri River area.

Oral History Program
In an effort to collect first-hand accounts of the history of Parker for the record, the Town works with Douglas County to conduct interviews with longtime residents.

Know someone who should be interviewed? Email us!

Planning Commission
Parker’s Planning Commission is charged with hearing historic-related matters which support efforts to safeguard the Town’s historic heritage. The Town is also committed to fostering civic pride through education and creating awareness of the Town’s unique history and legacy. The Commission is also responsible for recommending to the Town Council historic resources that should be listed asParker Landmarks.

Get a healthy start to the holidays with Parker … END_OF_DOCUMENT_TOKEN_TO_BE_REPLACED

Parker is home to quite a few gift shops offering … END_OF_DOCUMENT_TOKEN_TO_BE_REPLACED

The Parker Recreation Center has lots of great … END_OF_DOCUMENT_TOKEN_TO_BE_REPLACED